My sports and racing achievements 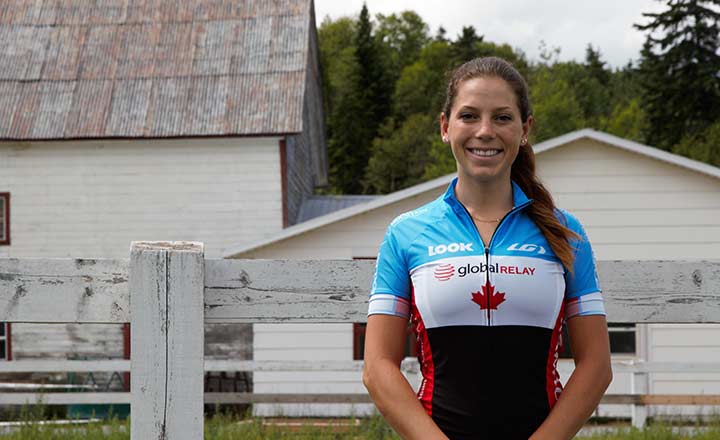 I am 27 years old and I graduated from Polytechnique Montréal as a mechanical engineer specialized in biomechanics and biomaterials.I have been mountain bike racing with the Cyclone d’Alma development club since I was 14 years old and was a figure skater for 13 years.One of the things I am most proud of is to have overcome a very bad concussion I suffered from after a crash during the 2011 MTB World Championship. It was a very difficult period of time when I had to quit all kinds of physical activities and school for a whole year. Since then, I’ve worked hard to show that I could still be one of the best mountain bike female athletes in the country and make my place on the World Cup circuit.

I preach for multidisciplinarity and diversity of interests. My willingness and organizational skills define me, and allow me to persevere into the world of the elite athletes, the university community, and now into the profesionnal and engineering environments. My ultimate goal is to become a professionnal cyclist, and to race at the 2020 Tokyo Olympic Games. I have always aspired to be a role model as an athlete by transmitting my passion, devotion and enthusiasm about self-achievement and performance to those surrounding me.

Copyright : Eckinox
" Don’t call it a dream, call it a plan "
Contact-me
That dream that felt unreal, suddenly became achievable. A thousand times thank you!